Over the last years, NSA has been commissioned to work on a wide variety of projects by companies and organisations all round the world.

There’s a list of these projects below, although to maintain confidentiality, we cannot share some of the clients’ names. However, this list provides you with some insights into the specifics of recent work delivered by our team.

At the same time, it demonstrates our on-going ability to provide exactly the up-to-date knowledge and services your company or organisation may need – both now and in the future.

​ For major fluorochemical producers, we:

​ Commissioned by major chemical producers in the USA, we:

​ For the World Bank, we led the audit team for HCFC production in China, a project that involved multiple plant inspections

​ For producers of international chlorine derivatives, we:

​ Engaged twice by the European Commission, we:

​ For SPARC, we prepared and presented an analysis of industrial emissions of CTC:
“The Mystery of Carbon Tetrachloride”. [click here to view the PDF]

How Did We Save The Ozone Layer?BBC Radio 4: Analysis (First broadcast 7 Nov 2016)Read more…On 30 June this year, a study was released in one of the world's top scientific journals. It explained how a group of scientists who had been measuring the amount of ozone in the stratosphere had made a startling observation: the hole in the ozone layer had shrunk. Here, they said, was the first clear evidence that the ozone layer had begun to heal. So how did this happen?Helena Merriman tells a story that involves dogged scientific endeavour, the burgeoning green movement of the 1980s and the signing of what has been described as the most successful treaty ever created. Participated in a BBC Radio 4 programme on the Montreal Protocol. Listen to the podcast to hear Maria, Mario Mollina, Jonathan Porritt and others.

​ Prepared paper “HFO-1234yf: An Examination of Projected Long-Term Costs of Production” in co-operation with C2ES and IGSD. This paper seeks to inform the discussion on what the price of HFO-1234yf (2,3,3,3-tetrafluoropropene) might be over the longer term when application and process patents have expired, economy of scale is achieved at production facilities using the most efficient processes, more producers are involved, and a fully competitive global market takes hold. The analysis focuses on the estimated costs of production based on one process currently in use, and a different process at a recently completed facility. We expect that long-term market prices will reflect broader factors of supply and demand. It is also possible over time that new or improved production processes will allow production of HFO-1234yf at lower costs and prices than estimated here.
[click here to view the PDF]

​ NEW The main new hydrofluoro-olefins (HFOs) may become difficult to obtain in the early 2020s, if the vital feedstock –carbon tetrachloride (CTC) – is not sufficiently available.

Most of the common HFOs that are being or will be produced in the USA and Japan, and perhaps Europe, depend upon a process that involves the reaction of CTC with a hydrocarbon feedstock; the table below shows just how much

HFO1234yf1  looks set to become the universally most accepted automotive air-conditioning fluid (MAC); its use is already enforced in new cars in the EU; and USA (2021) and Japan (2023) are set to follow with the use of HFC134a being prohibited in new cars. HFO1234yf is also a component of new low-GWP refrigerant blends, such as R448A, R449A, R454A and R513A. This will add to the forecast consumption to MAC. The production processes for HFO 1233zd and HFO1234ze are very different from those making HFO1234yf. They have both been promoted as foaming agents for insulation purposes, but more importantly for refrigeration and chiller applications. HFO1233zd may be used alone whilst HFO1234ze features in refrigerant blend series such as R448-, R460-, and in R515A.

Substitution of the insulation foaming agents HFC245fa and HFC365mfc is part of the reduction regulations in force in EU, USA, and Japan, and in these areas its use, and that of CTC as its feedstock, will be largely reduced to zero by 2023. However, in China, new HFC245fa capacity has been and continues to be built. CTC will be largely unchanged.

​1 HFO1234yf has been only supplied from China (mainly), Japan or USA until mid-2017. There is also a small plant with this process in India. This multi-stage and more expensive process is based upon HCFC22, not CTC. A new larger CTC-based plant came on-stream in the US in 2H2017 and a second is due 2H2018, also in the US.

We know the right questions to ask at the highest levels, and how to interpret the answers.

As a result, we can provide you with all the in-depth industry-specific information and advice that you could need, presented without bias or compromise.

Focusing on production and consumption of products

If you have an interest in any of these specific chemicals, NSA will be able to provide services to support you:

If your organisation is involved in the development of policy and legislation either at domestic and/or international level, or if your company is likely to be impacted by such regulatory moves, NSA would be well placed to provide you with back-up, support and advice on the potential scope of these measures.

Do you know who and where your competitors are? How do you rank against them? Are you really the low-cost delivered supplier, or are you still thinking low-cost producer? What are the implications of costs, geography, size and scale on your operation?

We can compile global or regional studies for you, relevant to the chloro- and fluoro-carbon sector. What’s more, we can provide answers to your industry-specific questions, deliver evaluations, interpretations, expert insight and sound strategic analysis.

What damage or possible opportunities could new and future legislation cause to the chloro- and fluoro-chemicals industry in general, and to your organisation or policy in particular? How do you address the issues that arise? Do you need to invest, divest or evolve? When is the best time to do this? Do you approach legislation from a unilateral or multi-national stand point? We can provide the answers to the many questions that may be challenging you.

Legislation can generate many important issues for your organisation or company. However, our expert knowledge and experience could give you useful advance warning into how current and future legislation might affect your business or divestment decisions.

We can also evaluate the potential for further change with cost-to-produce profiles and relative competitiveness comparisons.

Our insights will also alert you to the consequences of ignoring new legislation, as well as providing solutions, strategies, pros and cons. More than this, we can coach you to understand and debate legislation, maybe even make it work to your advantage.

Developing this kind of strategy is in your vested interests, and we can help by giving you an objective view of your organisation.

Could it be done better? Can it be run more economically? Are you using the best possible technology? Are you choosing the right eco-balance, that’s also legislatively sustainable? Are you listening to your customers? Are you proactive in understanding and meeting their changing needs? Why are certain strategies being implemented? Is this the time to expand or close down? What impact will your decisions have on shareholders and markets?

By providing the answers to these questions, our experts at Nolan Sherry & Associates can also help you understand the demands of the different markets whether EU, worldwide or domestic.

If chloro- and fluoro-chemicals are your business or focus of interest, Nolan Sherry & Associates can provide you with expert insights, advance warnings and objective reality checks.

​ Legislation and regulation: their immediate
and future impact

Nolan Sherry & Associates connect with a variety of individuals, organisations and companies including:

​ Chemical consumers around the world

Will sufficient CTC be available?

If you would like an initial meeting to discuss your needs and find out what Nolan Sherry & Associates could do for your organisation, please either call us on +44 (0)20 8251 0003 or email us using the form below.

A unique resource for the chlorocarbon and fluorocarbon industry

If chloro- and fluoro-chemical are important to your organisation or company, then we can provide the information and advice you need.

Nolan Sherry & Associates was set up by two of the world’s leading experts in this field of commodity chemicals. Both of them come with proven track records in delivering the optimum combination of experience, expertise and informed objective opinion.

Maria’s particular expertise and experience lies in policy, legislation and regulation. She has also negotiated and realised agreements on international environmental issues related to the Montreal Protocol at senior level; Maria was  Chief Officer of the Montreal Protocol Multilateral Fund.

She has had personal communications with over 190 nations who are Parties to the Montreal Protocol, and speaks a number of European languages including Ukrainian, Russian, Polish and Italian.

She has advised on managing and allocating over US$3bn to secure new and ozone-free technologies for developing nations.

From 2004 to 2013, Maria was Chief Officer of the UN Multilateral Fund Secretariat to the United Nations, and before that, she was the Chief Negotiator for the UK Government on ozone issues. 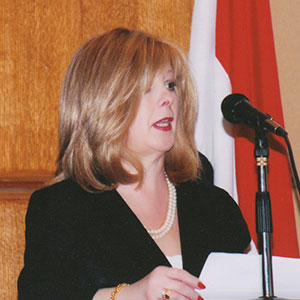 With over 40 years’ experience working in the fields of organic and halogen chemistry, David brings a wealth of knowledge to the industry.

He has edited many studies on this area of commodity chemicals, appraised fluorocarbon plants for CDM viability, and presented seminars about sound chemical management, and cost and competitive evaluation.

He travels extensively consulting and advising global organisations such as the UN Environment Programme, international banks and chloro- and fluoro-chemical producers and consumers. 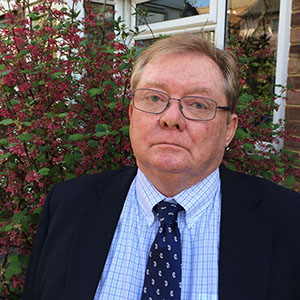